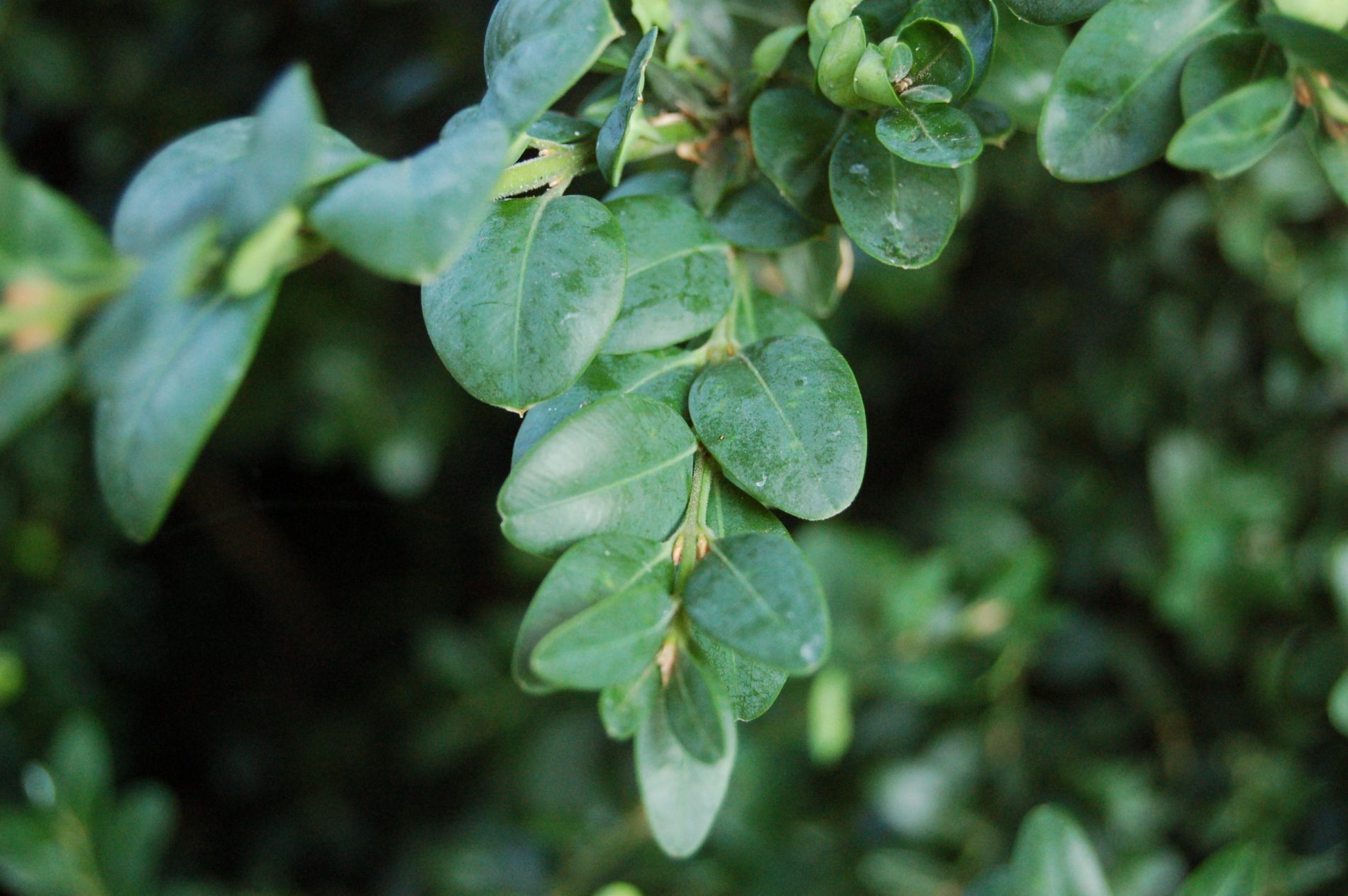 When you’re hunting for a specific plant to use as a garden border, walkway edging, near your building’s foundation or an all-out prime hedge, that you can plant 24-36 inches apart, the Common Boxwood fits the bill.

That round, dense, and slow-growing non-invasive shrub will surprise you with its ability to grow from 8-20 feet in height and expand 10-15 feet across its immediate area.

The Buxus sempervirens, (the Common Boxwood’s scientific name; pronounced: BUCK-sus sem-pur-VYE-renz), from the family of Buxaceae, is not a native shrub to North America but blends well with the native Tallahassee and Leon County plants and shrubs you already enjoy.

To avoid making that mistake the easiest way to distinguish between the two; the Common Boxwood is a shrub found in USDA hardiness zones 6-8 (our region and further north), and the Florida Boxwood is a tree found in zones 10 and 11 (South Florida tidewater areas on sandy soil and hammocks).

How to care and manage the Common Boxwood shrub

When you want to keep that formal and beautiful look with your landscape, you’ll want to clip the American Boxwood regularly. You’ll find the Common Box looks its best when you plant it as a border along your walk or position it along a building or patio foundation.

Should you want to keep your walk area clear for many years, then plant the shrub far enough away from your walkway. Several feet should be sufficient. That way, you won’t need to clip it as often. Just remember though, if you’re not pruning it regularly then expect the plant to have a roundish or globe-like shape.

Furthermore, with the Boxwood, you can get creative and have a lot of fun shaping this Buxus sempervirens. If you haven’t guessed it, this is the plant where you can literally shape it they what you want it to look, only by clipping and maintaining it.

When you start planting Common Boxwood shrubs, you will need to be watchful. You’ll start noticing your foliage getting disfigured or severely discolored. When that happens, you now have a pest that thinks it’s a prospector. It doesn’t kill your plant with its digging and tunneling. Instead, what you’ve discovered is the Boxwood Leafminer.

The Leafminers are usually the larvae of beetles, flies, gnats or moths. They are feeding or “mining” between the upper and lower out layers of the leaf’s surface. The larvae burrow through the blade creating a small, whitish colored type of mine. That mine is winding or blistered. Boxwood Leafminer damage is undeniable, but as long as your plants remain healthy, there is a good chance they can tolerate the intrusion.

If you found the Common Boxwood interesting, then check out our Bee Balm material and let us know your thoughts!