It’ll begin to feel a little more like Christmas by the end of the week, after a blast of arctic air dips all the way down into North Florida.

A cold front is expected to approach the area starting late Tuesday or early Wednesday, bringing off-and-on showers and noticeably colder temperatures. Tallahassee could see its first, overdue freeze of the season as a result.

High temperatures that have been in the 70s will drop into the low 60s Wednesday and low 50s by Thursday. Lows will drop into the 40s starting Wednesday night and the 30s Friday night, according to the National Weather Service in Tallahassee. And the cold weather is expected to last into early next week, at least.

“It’s just a very cold air mass that’s settling in,” said Tim Barry, meteorologist with the Weather Service. “And it’s just going to stick around for a while.”

Tallahassee’s first freeze happens, on average, on Nov. 16. The closest the city has gotten this season was on Nov. 20, when the low dropped to 33.

Normal highs and lows this time of the year are 68 and 43, respectively.

The storm system isn’t expected to be a huge rain-maker — an inch or so could fall before clearing begins Friday night or Saturday. Tallahassee could use every bit, however. The city had 53.37 inches of rain for the year as of Monday, more than 2 inches below normal.

*Article by the Tallahassee Democrat* 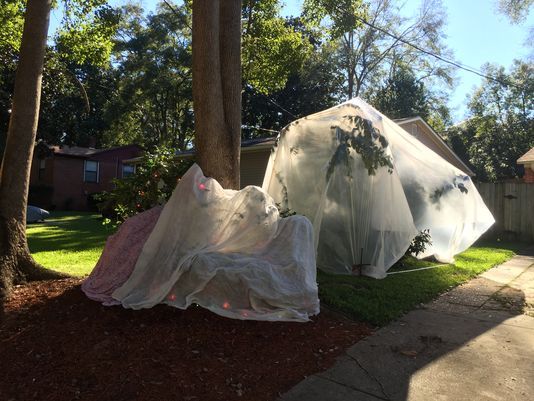